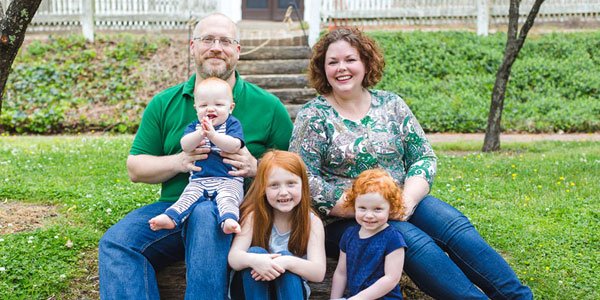 Welcome to Five 2 Go, a place where you can follow along with our family as we embark on a crazy new adventure: selling off almost everything we own and hitting the road to live full-time in an RV for at least 6 months. Since this is the very first post on this blog, we’re going to take a minute to introduce ourselves, talk about where we are now, and where we’d like to be in the coming months.

The “Five” in Five 2 Go is us, the Nesslage family:

We’re Brian and Erin, the parents of this crazy ginger crew. We’ve been married since 2006, and during that time we’ve become experts at creating redheads. Terra is the oldest, at 8. Brooke will be 3 later this month and is every bit as high-energy and mischievous as she looks under those amazing curls. That handsome little dude on my lap is Bennett, who just turned 1 back in April.

But that’s not everyone! Those two fuzzballs are Vector and Pixel, a brother and sister pair of 4.5-year old Mini Goldendoodles. They are going to join us on this adventure, but they bring along their own set of considerations and challenges (more on this later).

Before you can figure out where you’re going, you have to know where you’re starting. We want to get rid of as much stuff as possible so we can hit the road and explore North America in an RV for a minimum of 6 months. We’ve amassed quite a collection of furniture, clothing, toys, tools, vehicles, etc, so let’s break down where we are right now and what we need to do to work towards our goal.

We own two houses. One is in Williamsburg, VA that we live in, and one is in Hampton, VA that we rent out. We’re putting the house in Hampton up for sale immediately and we’ll list the Williamsburg house for sale as soon as that one is gone in order to get ready for our transition to full-time RVing. The largest issue that needs to be resolved before we can hit the road is selling both of the houses. Keep an eye out for some posts in the near future about prepping a house for sale and surviving the whole process. Twice.

We also have three vehicles: two that currently have loans and payments, and one that we own. All of those need to be replaced by one vehicle large enough to a) carry the five of us (with two car seats and a booster) plus the dogs and b) tow an RV. My gut tells me that we’re going to end up in a crew cab pickup, but we’ll dig into the options and research for all of that in another post.

We want to store as little as possible when we hit the road, so the plan is to sell most of the furniture we’ve acquired. We’ll keep the nicer pieces that would be expensive to replace next time we’re in a house, but that will all be weighed against the monthly cost of a storage unit. We’ll write some more on this process later as well.

When you live in one place for five years and have three kids, you end up with a lot of random stuff that you really don’t need. We’ve tried to stay on top of it and reduce clutter by passing along, donating, and selling quite a bit, but everything we’ve done before pales in comparison to how ruthless we’ll have to be in downsizing to fit the new lifestyle we want.

The kids have a playroom full of toys, and they each have bedrooms and closets full of everything else. That will all have to be reduced to a single small box for each of them to carry along, and as few boxes as possible that we leave in storage. Luckily tablets are a thing now and can provide a ton of entertainment while taking up very little space. Donating and/or selling 95% of their toys is going to be hard, but I think we’ll all feel better about it in the end. I have a lot of toys too, and that’s going to be a personal challenge to work through. I’m a nerd. A really big one. I love to collect nerdy things, make nerdy things, and do nerdy things. We have a game room full of boardgames, collectibles, and decorations that pretty much all have to go.

We also have an office full of computer and maker stuff, and a garage full of tools and outside gear. I got into 3D printing several years ago, so I’ve got that machine and a bunch of accessories for it floating around. There is also camera gear, a couple printers, and the requisite bins full of cables, connectors, and adapters. Aside from the camera and computer gear that aren’t outdated and the tools that will be useful on the road, that all has to go.

Then there’s all the stuff on the walls. Pictures in frames, posters, decorations, mirrors, you name it. This is where yard sales and flea markets are going to become really valuable. The photos are almost all digital already, and the ones that aren’t will be scanned in and stored. Everything else gets sold.

Finally we come to clothing. We each have shirts, pants, jackets, shoes, hats, gloves, and whatever else. Space is at a premium in an RV, so stay tuned as we talk about how to prune walk-in closets down to not much more than a couple suitcases.

We’ll walk through how and where to sell all of the above, how to price items, and how to take good photos if you’re listing things online in later posts.

Life on the Road

Getting rid of everything is just the beginning. We need to actually pick out an RV that meets our needs, a vehicle that can tow it, and getting everything ready to be lived in. There’s also income, education, mail, medications, cooking, storage, route planning, picking campsites… The list is seemingly endless. We’ve already started researching a ton of different things and will share what we’ve learned, how it actually ends up working out, and much more.

That all seems like a lot, and it is. The key to accomplishing this is going to be breaking everything down into manageable steps. Some of the steps depend heavily on outside factors, such as selling houses, but others are just a matter of staying motivated and investing the time during our daily lives.

We’re also going to invest time into this blog, our Facebook page, and YouTube in the near future, once we’ve got things to start showing on video. We hope this becomes a source of entertainment, education, and motivation for everyone thinking about making a change like this. We’ll set up a newsletter soon so it’s easy to keep an eye on our posts, but in the meantime please head over to Facebook and give our page a like. 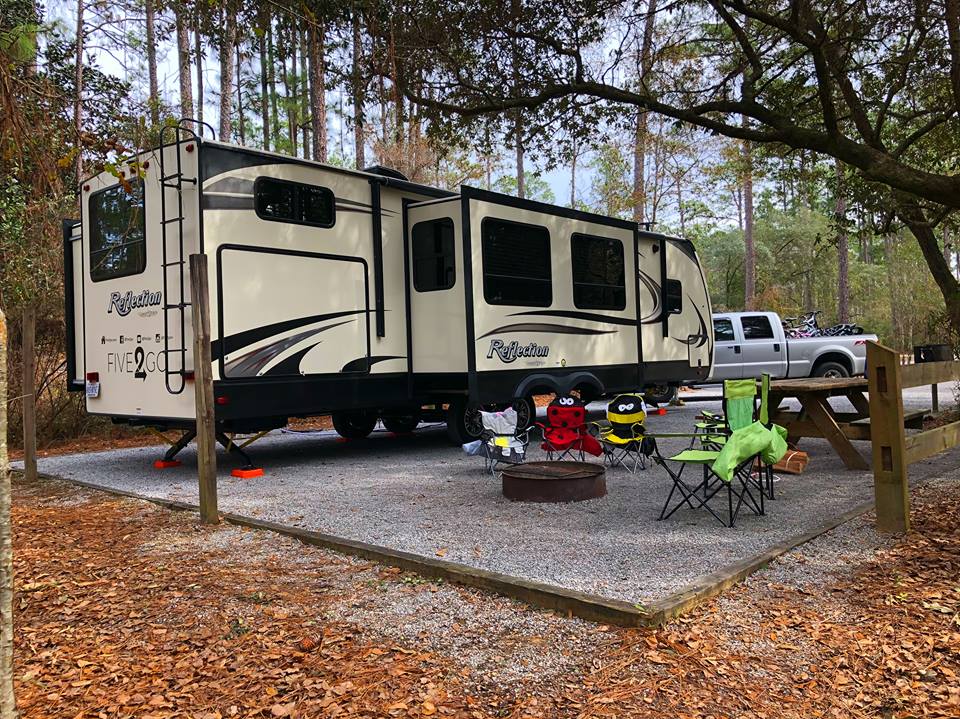 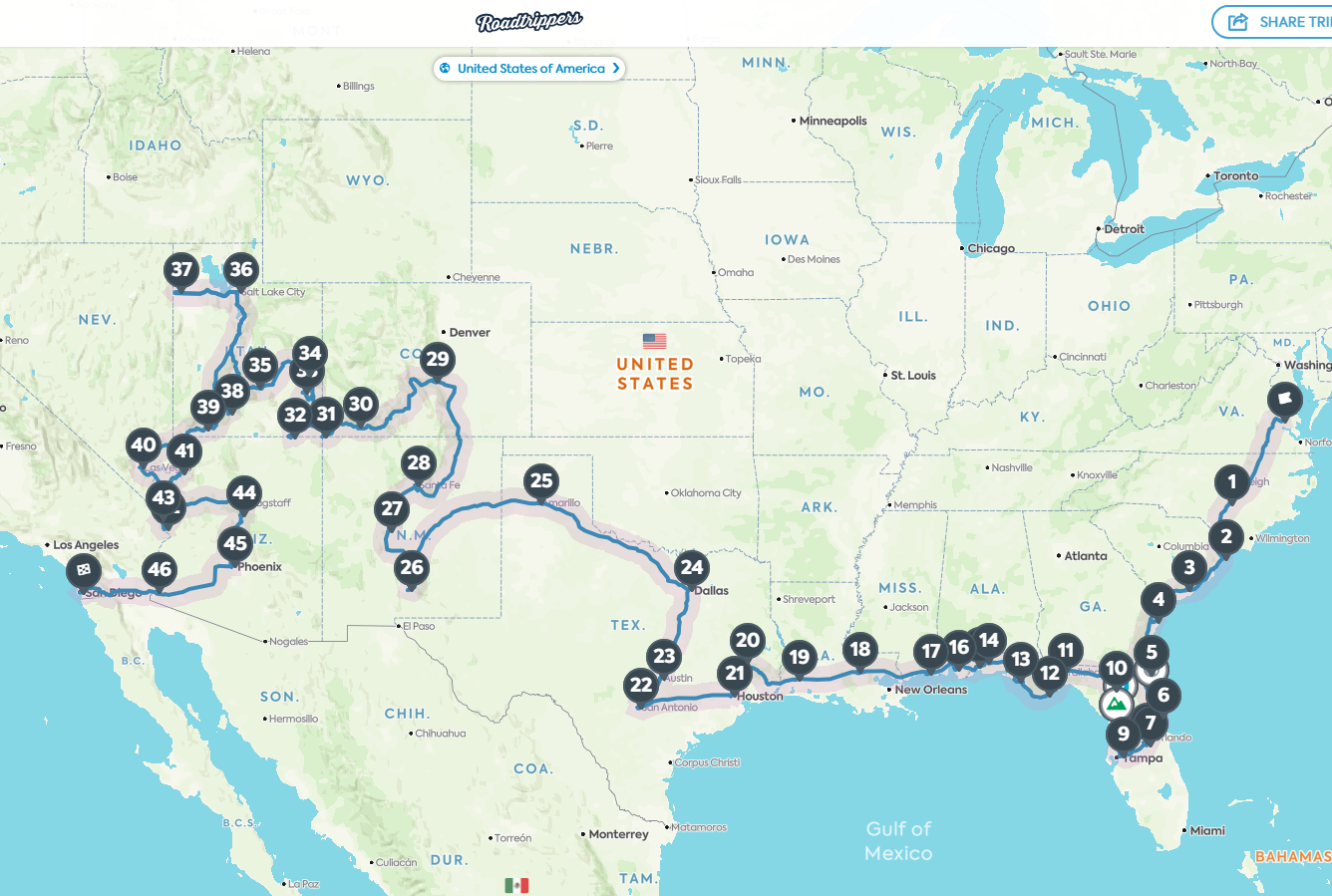 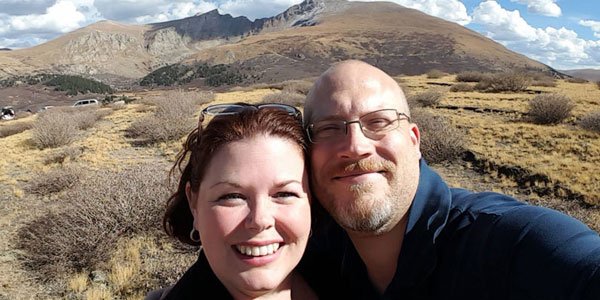