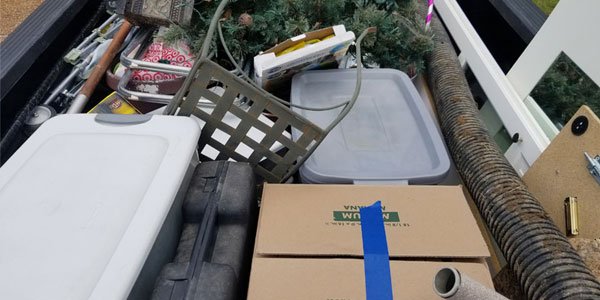 Clearing everything out to make way for a full-time RV lifestyle has given me a new perspective on the things we own. We all have things. We work hard for our things, we spend lots of money on our things, and we make space for our things. However, life on the road isn’t going to leave much room for those things – so now ours have to go somewhere. Of course some of our things are going in storage, but the vast majority are being sold, donated, or tossed. And boy does it feel good to get rid of things.

It’s no mystery that cleaning and decluttering is a cathartic process. Every once in a while we would go on a whirlwind cleaning spree and it felt great afterward. We never got anywhere near as thorough as we have over the last month though. There would always be things that we couldn’t get rid of. Things that we swore we were going to need sometime in the future that ended up in a closet or the attic. Add in the things with sentimental value, the things that you’re not sure about, and the things that are left when you run out of steam. The problem with having closets and attic space is that there is always somewhere to put those things that are left…

That’s not an option this time around. We want as little as possible to end up in storage, and we can’t take a whole lot on the road with us, so that means a ton of our things are headed out the door and out of our lives. Those whirlwind purges in the past felt great, but they don’t hold a candle to what we’re going through now. It feels amazing to see so many things head out the door and never come back.

So how are we doing it? I’m glad you asked!

If you have children then you know how much they bring into the house. It’s amazing that they can carry so much with their short, weak little arms, isn’t it? We have three, so we’ve accumulated a staggering amount of clothing and toys over the years. Brooke has definitely benefited from the clothes Terra has outgrown. There’s a five year gap between them though, so everything between what a 3-year old wears and what an 8-year old wears now has to go. Oh yeah, and Ben is outgrowing his clothes rapidly too.

We put together this fun little timelapse to show off some progress we made on Brooke’s room while getting the house ready to sell. #five2go #cleaning #toomuchstuff #dogcameo #getitsold Music: “Friendly Day” by Kevin MacLeod (incompetech.com)

So what are we doing about all those clothes? We’re selling them. Luckily our timing on all of this is working out pretty well. There’s an awesome local event called Hannah’s Closet happening at the end of this month. It’s a huge consignment sale and it’s the best way to a) get clothes out of the house and b) pass them along to other people for a great price. Heck, I think about half of what we’re selling originally came from Hannah’s Closet because of how much you can pick up for so cheap. And those toys I mentioned earlier? We can sell most of them there too.

Want to know the best part about Hannah’s Closet? When getting everything ready to sell you have the option to flag items as “Discount” and/or “Donate”. If you flag an item as “Discount” it will go on sale for half price on the last day. If you flag an item as “Donate” and it doesn’t sell by the end of the event, the item will be donated to a local charity. We flag everything we take as both “Discount” and “Donate” so nothing comes back home once it’s out the door. Not only does it feel great to get all of the child stuff that we no longer need out of the house, it’s also pretty nice to get some money out of it too!

Here’s one bin ready to go:

We’ve also tried a couple other methods of selling items. There are local weekend flea markets but the registration costs and amount of effort it took to lug stuff around and set up were a bit too high. This is also a funky area for flea markets – the types of things we are selling don’t sell too well to the people that scour flea markets and garage sales around here. Speaking of garage sales, we live in a neighborhood with an HOA so we can’t just throw stuff out in the driveway every weekend. There are two neighborhood yard sales a year, but the next one isn’t until October. Garage sales are like the flea market though, plus our neighborhood is a bit off the beaten path, so we haven’t had much luck with those in the past either.

So that leaves us with listing things for sale online and going through that whole process. We’re putting some of the larger items that are worth a bit (like our dining table) on the Facebook Marketplace and local “Trash and Treasure” groups. When it comes to the small stuff worth only a couple bucks though, it’s just not worth the hassle. That’s where donating comes in.

We’re donating the things that aren’t going to sell very easily/quickly or aren’t quite in selling condition. This doesn’t mean we’re dropping trash off at the local Goodwill though (and you shouldn’t do that either). We’ve donated a lot of decorations, dishes, small appliances, and seasonal items. Some of these things would probably sell at a flea market or garage sale, but most would sit through multiple sales and continue to take up room for several weeks. We’re trying to hit the road yesterday, and that means we need to get this house listed as soon as possible, and that means moving things out immediately.

Let’s cover another category here too. We’re also “donating” a number of things to our friends and family. I gave away a lot of my board games to some friends and my brother. Knowing that they would keep playing and enjoying them made it easier to see them go out the door. We have also “donated” some furniture, clothing, movies, and all sorts of other things to friends and family. It really is a win/win scenario – we end up with fewer things and the people we love will get some use out of them.

That leaves the things that we’re not selling or donating. Those things are being thrown away.

As good as it feels to pass along usable things to our friends or the needy, I think throwing things away really is the most cathartic. We allow so many things into our lives that we don’t actually need. We have completely filled our trashcan (that’s picked up every Tuesday) for a solid 5 weeks now. In addition to that, we have taken four full truck-loads of junk to the local dumping station. Truck loads like this:

Four of those. It’s crazy. And I have a feeling we still have another two or three to go. Why do we let this kind of clutter into our lives? We willingly paid money for most of that stuff. We brought it into the house and we really didn’t need any of it. It was all so easy to get rid of. If we care this little about these things now, did we ever care about them?

Backing up to those huge dumpsters and tossing all of that junk in is not only fun, it’s extremely satisfying. Coming back home to big empty spaces is even better. We became blind to all of the clutter, so now seeing empty corners and closets is a little jarring, but in a really good way. The deck and back yard are clear, the garage is a lot more organized, we have three nearly-empty rooms with empty closets, the kitchen has been streamlined significantly (did we need 16 wine glasses?). This feels awesome.

You Should Do This Too

Even if you’re not moving anytime soon, you should do this at your house. I strongly recommend that everyone just start going through all of your things and getting rid of the clutter. And then get rid of some more. If you have stuff hiding in closets that you haven’t touched for a year or more – get rid of it. Your attic has at least 5 or 6 boxes that you don’t even know the contents of – get rid of them. The clothes in your closet that you swear you’ll wear again sometime – get rid of them. The toys that your kids pulled out of boxes, and then played with the boxes more than the toys – get rid of them.

We could end this post with some uplifting message, or maybe a quote from some self-help guru. But we’re not going to. We hope that we can just be an inspiration or an encouraging force. If you’re happy where you are, I’m willing to bet that you’d be even happier with a bit less random stuff. We want you to feel awesome too, and this is a great way to do it.

Getting Rid of Your Things Can Make Others Happy Too!

Passing along useful things to friends and family can make them happy. We’ve given away kids clothing, a pair of couches, and much more. It doesn’t stop there though – sometimes even your trash can bring others joy.

I made someone I had never met before really happy on my last dump run. Sitting in the corner of my last truck load were two foam Halloween prop battleaxes (you can’t see them in the picture above). I pulled into the dump station check-in and the guy manning the office took a look at what I had to dump. He walked up to my window laughing and asked if he could grab a battleaxe to add to their creepy mannequin named Frank:

As a staunch supporter of hilarious scarecrows, of course I agreed! They also have a Minotaur on the other side of the street with a soggy cardboard axe, so I made sure he took both axes and equipped that poor beast too. I’ll try to get a photo of the Minotaur next time we’re there. The guy that grabbed the axes was still looking at his newly-upgraded scarecrows and laughing even after I had finished unloading and started to drive away.

We’re headed up to Hershey, PA this weekend for America’s Largest RV Show plus half a day at Hershey Park. Expect to see lots of posts and video from that trip, you won’t want to miss any of it! 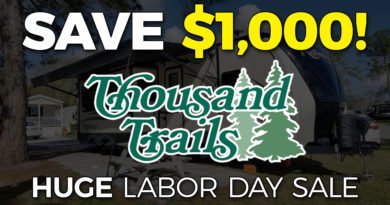 Save $1,000 With This HUGE Thousand Trails Labor Day Sale 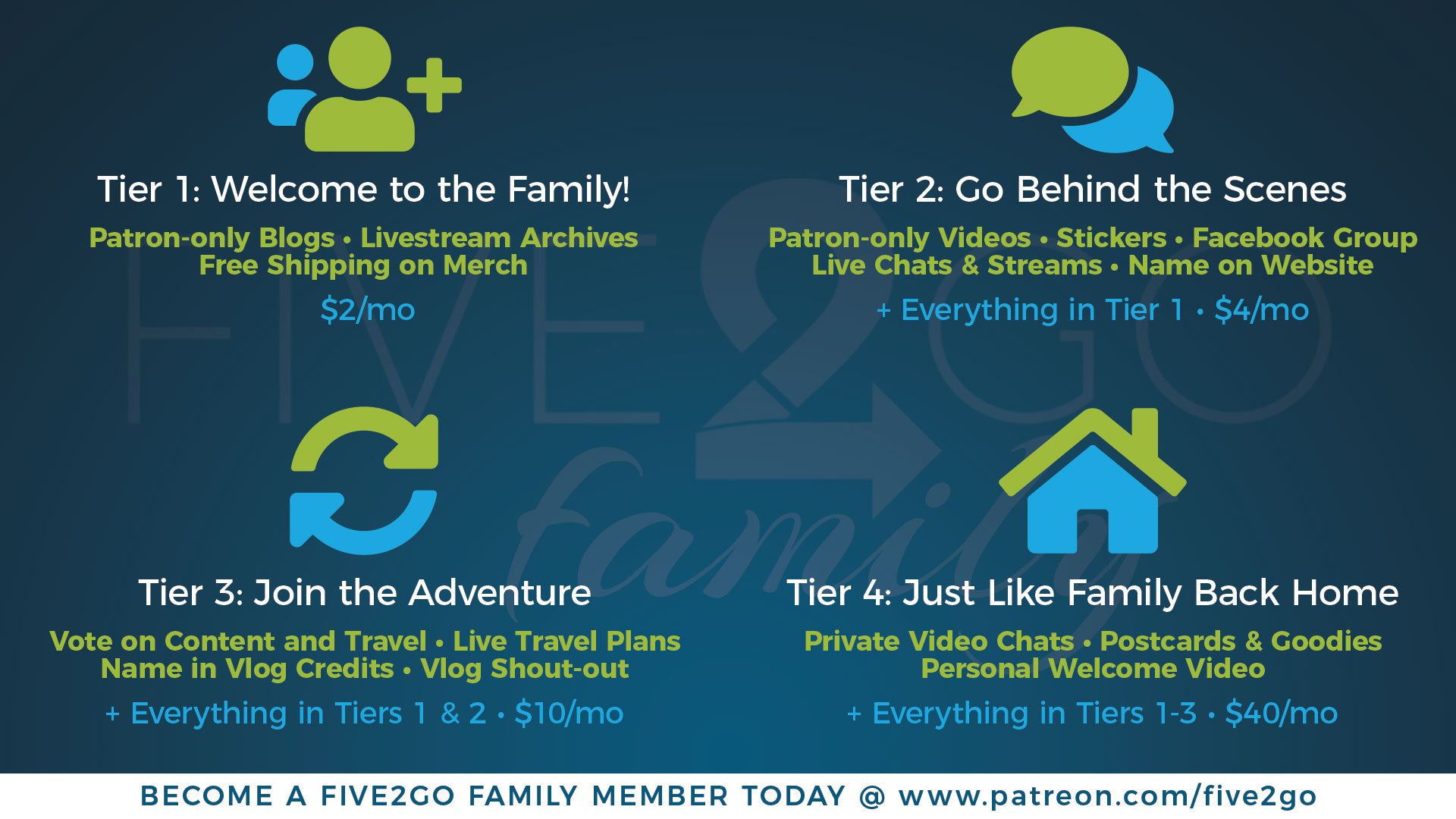 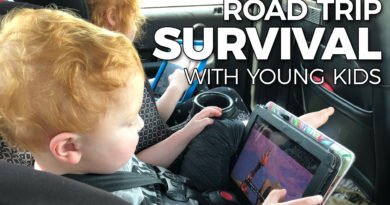 One thought on “Things Are Moving – Clutter, Cleaning, and Catharsis”